Featured College: The University of Texas at Austin 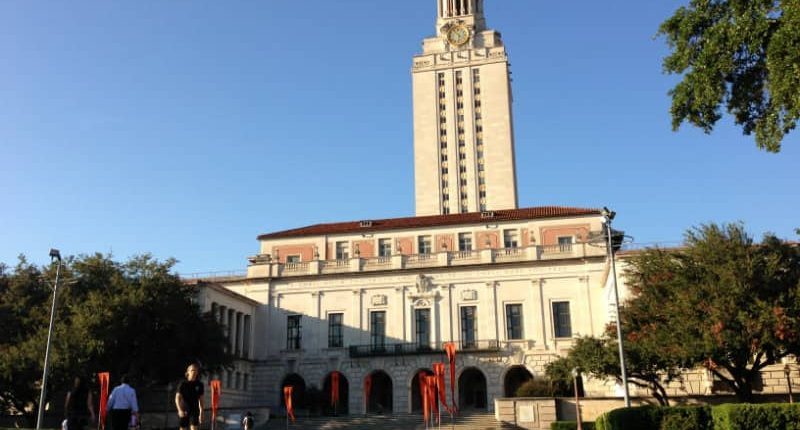 The University of Texas at Austin (UT) is a public university located in Austin, Texas, about 1 mile north of the Texas State Capitol. It has the fifth-largest single-campus enrollment in the country and has been labeled as one of the “Public Ivies,” which means it’s a public university that provides education comparable to that of the Ivy League schools.

UT has more than 170 undergraduate degrees to choose from, and some of the most popular ones include Business, Management, Marketing (and Related Support Services), Engineering, Social Sciences, and Biological and Biomedical Sciences. UT has the number one accounting, Latin American history, and petroleum engineering graduate programs in the country.

UT’s campus spans across 431 acres. On campus, there are 17 libraries with more than 10 million books, 7 museums, 16 career centers, and over 1300 student organizations. There are more than 65 national fraternity and sorority chapters as well as eight honors programs at UT. It offers 18 sports as an NCAA Division I school, and the sports teams are popularly known as the Longhorns. Since 1949, UT has won 51 national championships across all sports. Many UT student athletes have gone on to the Olympics and have collectively taken home a total of 130 medals.

UT is a major center of academic research, and other than MIT, UT attracts more federal research grants than any other American university without a medical school. The research done at UT is largely focused in engineering and physical sciences. In 2014, there were 5,596 externally sponsored research projects. In the last 10 fiscal years, UT has made $140 million in licensing revenues, issued 739 patents, and there have been 66 companies created by UT entrepreneurs.